Darrell Cronk, President of Wells Fargo Investment Institute, shares his thoughts on the current environment for investors and how to help manage portfolio risk in 2020.

Trade disputes, geopolitical concerns, and slowing global economic growth are stoking market volatility—and leaving many investors wondering what’s next. Darrell Cronk, President of Wells Fargo Investment Institute, doesn’t see a recession as imminent, despite the growing economic uncertainty. But, he says, metaphorically speaking, it may be wise to carry an umbrella, just in case.

Cronk, who presented at Wells Fargo Global Investment Symposium in New York on December 3, offers six considerations for investors regarding the investment outlook in 2020.

1. Avoid sitting on the sidelines

While you cannot invest directly into an index, they can help illustrate the potential impact of taking action or not. Cronk points out that, over the last 20 years, the S&P 500 Index has returned approximately 6% per year. That said, if you’d stayed on the sidelines during that same period for only 10 of the index’s best days—most of which occurred during recessions—your return would only be 2% a year.

“Investors often think of the markets in a binary sense, in or out, invested or go to cash,” he says. “We think that’s a mistake.”

Instead, Cronk says investors should consider analyzing the overall exposure to risk in their portfolio. To do that, ask yourself two questions: Are you comfortable with the level of risk in your portfolio? Do you feel like you’re getting compensated for the risk you’re willing to take? Cronk feels that investors should take a hard look at more volatile asset classes, like U.S. small-cap stocks, emerging market equities, and high-yield bonds, where the risk might outweigh the reward. “We’re looking for more quality and more defensive yield,” he says. “And we’re being smart about risk.”

2. Think of it as a ‘bend-but-not-break’ economy

Geopolitical risks abound, from trade tensions to the impact of the upcoming elections. And manufacturing activity has slowed. But the U.S. economy is still growing at or near 2% a year, which is down from 2018 but still a far cry from a recession. “It’s been a bend-but-not-break economy, and the same can be said for the markets,” Cronk says.

History, he says, tells us that one of three events typically precede a recession:

“The first is a bit of risk, given the Fed’s about-face toward cutting interest rates this year,” Cronk says. “We still see inflation being fairly benign, so we don’t see much risk there.”

Economic uncertainty indexes Cronk and his team keep a close eye on hit all-time, multidecade highs in 2019—yet we remain in a bull market. “People are worried, and I understand that,” Cronk says. “But we’ve been worried about the deficit since the 1980s, and geopolitics are always with us. You can’t let that freeze you into inaction.”

4. Remain committed to diversifying and rebalancing

Cronk reminds investors that, despite recent market volatility, the S&P 500 Index advanced about 20% year to date through October 31, 2019, while bond markets offered three to four years’ worth of returns in 10 months. “We’ve seen eye-popping returns,” he says, “but just as we believe this isn’t time to pull out, it’s also not time to be complacent.”

Diversification is key to preparing for a potential downturn, so Cronk advises investors to consider increasing their exposure to hedge funds and private capital if they qualify. Among his reminders: Be strategic with cash, using it selectively during market pullbacks, rather than sitting on a pile of it. Know what you’re invested in, because sentiment can overcome true value toward the end of economic cycles. Keep an eye on asset allocation, and consider rebalancing—moving some dollars from the highest-performing investments to those that may not have seen as much growth. “Investors might be over-exposed to equities, for example,” Cronk says. “Rebalancing is likely the first, crucial step to help prepare their portfolio for whatever may come next.”

There is approximately $17 trillion invested in bonds with negative interest rates, which shows how hard it is to find perceived safe places to put capital and earn interest. Consider thinking more about a total return scenario, Cronk says, rather than specifically targeting fixed income. Within equities, consider preferred stocks and higher-dividend-paying blue chips, many of which may yield 3% or more.

Bottom line, he says: “There are creative ways to supplement that income component without tying up money in fixed income-type investments.”

6. Look at the long term for more potential opportunities

For Cronk, the medium- to long-term investing picture is much less cloudy. For the next five to 10 years, he points to investment categories related to climate change, energy efficiency and energy storage, as well as health care, education, and homebuilding as potential opportunities. Technology offers potential opportunities as well, with 5G, cybersecurity, data security, and privacy areas investors should consider. In the long term, he recommends keeping an eye on megatrends such as changing demographics—especially population and wealth growth in emerging markets—regionalization vs. globalization, and an eventual interest-rate increase.

“We’re probably going to see higher volatility for a time,” Cronk says. “But that in itself can create opportunities for well-informed investors.”

What are six ways to plan more confidently amid market uncertainty?

Can your investments help to save the world? Read our article to learn more.

Print Share
Most Popular
Mike Woelflein is a business and investment writer based in Yarmouth, Maine.
Previous in Investments

The 2020 Elections and Your Investments: What You Should Know 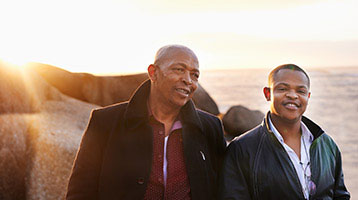 Speaking to your grown children about important tax strategies and considerations could help them make decisions now that will impact their financial future.
Family Dynamics
Article

How to Create a Lasting Legacy 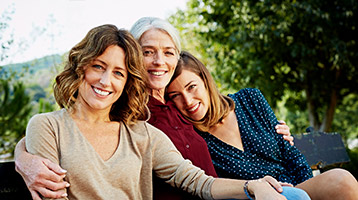 Retire on Your Terms: An Action Plan for Every Decade 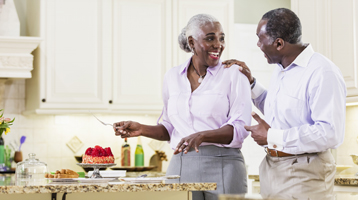 Specialists with The Private Bank share their perspective on the actions to take in each decade to help you be in the driver's seat when it's time to retire.
Life Transitions
Podcast

Listen Now! Tips for Making a Greater Impact With Your Philanthropy 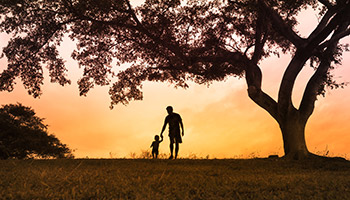 In less than five minutes, learn key considerations for getting more out of donating to causes you're passionate about.
Charitable Giving
Article 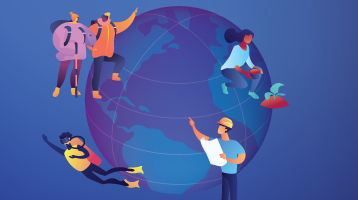 The information in this article was prepared by Global Investment Strategy. Opinions represent GIS’ opinion as of the date of this article and are for general information purposes only and are not intended to predict or guarantee the future performance of any individual security, market sector or the markets generally. GIS does not undertake to advise you of any change in its opinions or the information contained in this article. Wells Fargo & Company affiliates may issue reports or have opinions that are inconsistent with, and reach different conclusions from, this article.

The information contained herein constitutes general information and is not directed to, designed for, or individually tailored to, any particular investor or potential investor. This report is not intended to be a client-specific suitability analysis or recommendation, an offer to participate in any investment, or a recommendation to buy, hold or sell securities. Do not use this report as the sole basis for investment decisions. Do not select an asset class or investment product based on performance alone. Consider all relevant information, including your existing portfolio, investment objectives, risk tolerance, liquidity needs and investment time horizon.

Forecasts and targets are based on certain assumptions and on views of market and economic conditions which are subject to change.

Past performance is not indicative of future results, and there is no assurance that any investment strategy will be successful. All investing involves risk, including the possible loss of principal.

Asset allocation and diversification are investment methods used to help manage risk. They do not guarantee investment returns or eliminate risk of loss including in a declining market.

Stocks offer long-term growth potential, but may fluctuate more and provide less current income than other investments. The prices of small-cap company stocks are generally more volatile than large company stocks. They often involve higher risks because smaller companies may lack the management expertise, financial resources, product diversification and competitive strengths to endure adverse economic conditions. Investing in foreign securities presents certain risks not associated with domestic investments, such as currency fluctuation, political and economic instability, and different accounting standards. This may result in greater share price volatility. These risks are heightened in emerging markets. There are special risks associated with investing in preferred securities. Preferred securities are subject to interest rate and credit risks. Interest rate risk is the risk that preferred securities will decline in value because of changes in interest rates.

Investing in fixed income securities involves certain risks such as market risk if sold prior to maturity and credit risk especially if investing in high yield bonds, which have lower ratings and are subject to greater volatility. All fixed income investments may be worth less than original cost upon redemption or maturity. Bond prices fluctuate inversely to changes in interest rates. Therefore, a general rise in interest rates can result in the decline of the value of your investment.

Alternative investments carry specific investor qualifications which can include high income and net-worth requirements as well as relatively high investment minimums. They are complex investment vehicles which generally have high costs and substantial risks. The high expenses often associated with these investments must be offset by trading profits and other income. They tend to be more volatile than other types of investments and present an increased risk of investment loss. There may also be a lack of transparency as to the underlying assets. Other risks may apply as well, depending on the specific investment product. Alternative investments, such as hedge funds and private capital/private debt strategies, are not suitable for all investors. Any offer to purchase or sell a specific alternative investment product will be made by the product’s official offering documents. Investors could lose all or a substantial amount investing in these products. Some alternative strategies may expose investors to risks such as short selling, leverage risk, counterparty risk, liquidity risk and commodity price volatility risk. In addition, alternative strategies engage in derivative transactions. Short selling involves the risk of potentially unlimited increase in the market value of the security sold short, which could result in potentially unlimited loss for the fund. In addition, taking short positions in securities is a form of leverage which may cause a portfolio to be more volatile. Derivatives generally have implied leverage and may entail other risks such as liquidity and interest rate and credit risks. Successful hedging strategies may require the anticipation of future movements in securities prices, interest rates and other economic factors. No assurance can be given that such judgments will be correct.