How Mergers and Acquisitions May Impact Your Portfolio

If one of your equity holdings gets bought out, it's time to do some research and consider your options.

As an investor, you put time and effort into carefully selecting the best investments for your portfolio, working with your wealth advisor on striking the right balance of risk and avoiding being too concentrated in one sector.

So what happens when business conditions change the playing field? What should you consider when one of your equity holdings announces it is either making an acquisition or being acquired by another company?

Stuart Freeman, Co-Head of Global Equity Strategy with Wells Fargo Investment Institute, says this is an important time for you to think carefully about how to proceed.

When an acquisition is announced, there are two things to note right away.

You may notice an increase in the value of your holdings when the deal is announced. “A stock can go up pretty dramatically when a merger or acquisition is announced,” Freeman notes. But that shouldn’t necessarily drive your long-term decision on what the deal means to you.

“The key really is if you like the company that you have, and you think the buyer is someone who is well-managed and has a history of melding companies together well,” Freeman says. But in some ways, the analysis is “starting all over from scratch” if you’re unfamiliar with the purchasing company.

Consider the impact of cashing out

The factors to consider when deciding whether to hold the stock or sell are similar to the ones you would think about when making a new investment. How aggressive is the new company compared with the old? Are they a big conglomerate that operates in numerous sectors rather than just one? Did they have to take on debt to make the purchase? Do they pay a regular dividend? If you aren’t comfortable with the answers to these questions, or to how the new holding will fit in your portfolio, you may want to consider selling your shares.

Freeman notes that selling carries a potential tax impact, as you may be subject to capital gains taxes on any profit you’ve made from the investment. If you hold your shares, the transaction is a transfer of shares as opposed to a sale, so capital gains taxes wouldn’t apply until you do decide to sell.

Are more mergers and acquisitions on the way?

Freeman notes that while there hasn’t been a merger and acquisition (M&A) frenzy in the market (the number of M&A deals in the U.S. was down 10% from the previous year for the 12-month period ending Oct. 31, 2017, according to FactSet, M&As do tend to increase as the economy approaches the later stages of the business cycle.

“Quality companies may have their stock priced at a pretty attractive level to be able to use their stock as their purchasing vehicle,” Freeman says.

While M&A activity may have a positive impact on the stock price of the companies involved, Freeman notes it’s probably not a sound strategy to seek to invest only in companies that could be bought out.

“That’s a little like trying to catch lightning in a bottle,” he says. “And you still need to be sure you’re buying a company with good fundamentals that’s attractively priced. You don’t want to get stuck with a company that never gets bought and was never really that great a company to begin with.”

Learn how tax reform may impact your business.

Print Share
Most Popular
Matt Harrington is a Creative Director at Pace Communications. Image by iStock
Previous in Investments 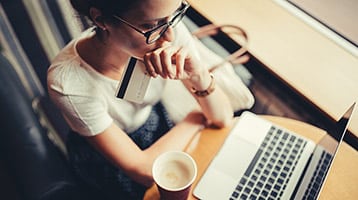 This five-step plan can help you analyze your spending and create a strategy to help reach your financial goals.
Investments
Article

Get the Most Value From Your Advisors 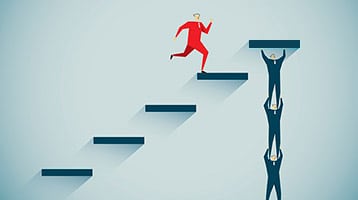 Collaboration and proactive advice are the keys to great financial relationships. Here's how to encourage those actions with your financial team.
Investments