How mindful giving guides his vision for making an impact.

Editor’s note: What guides your giving? David M. Rubenstein, co-founder and co-executive chairman of The Carlyle Group, shared how he chooses to make an impact at Wells Fargo Private Bank’s 2019 Insights and Innovation Symposium. The following article is based on highlights from a discussion about his philanthropic motivations and focus.

David M. Rubenstein, co-executive chairman of The Caryle Group and host of “The David Rubenstein Show: Peer to Peer Conversations” on Bloomberg TV, is a successful entrepreneur and an innovative philanthropist. His career successes began relatively early as he moved from the law to politics and then to a career in private equity investing. His interest in philanthropy developed later, as he came to the realization that he wanted to give away a significant percentage of his money rather than spend it or leave it to his heirs. At this point he also began to understand that gifting your wealth can be surprisingly difficult unless you have a clear philanthropic focus.

Rubenstein’s upbringing and career experiences have had a notable impact on his philanthropy. He grew up in a working-class household of modest means. With little money to spare, he visited the public library weekly and checked out 12 books, the maximum amount his library card would allow. He developed a preference for non-fiction and biographies, which opened his eyes to a different world and the possibilities it offered. His reading habit also fueled the development of his deep love of history.

After graduating law school, Rubenstein was hired at the law firm of Ted Sorensen, the author of the JFK speech that had so inspired him. Yet, in Rubenstein’s own words, he quickly discovered he was “not a good lawyer.” So, he course-corrected and, through a personal contact, secured a job on Jimmy Carter’s presidential campaign team. When Carter was elected, Rubenstein — at age 27 — became the deputy director of domestic affairs and was given an office in the West Wing.

After leaving the White House and resuming his legal career, he came across two articles that helped change the direction of his career. The first was about Bill Simon, the Secretary of the Treasury under President Nixon and President Ford, who had become involved in leveraged buyouts. The other claimed that, statistically, most entrepreneurs are made before the age of forty. Rubenstein, at 37, realized he didn’t have any time to waste. So, with no experience in finance, he decided to start his own leveraged buyout firm.

To build the firm with respected financial professionals, he partnered with William Conway and Daniel D’Aniello, who would become his co-founders of The Carlyle Group. The three worked well together because each had their own specialty.

Their location in Washington, DC, away from the cutthroat competition of New York City, allowed them to take more risks. At the time, private equity (PE) firms were run more like mom-and-pop shops, with very few employees, because each raised and managed one fund. Rubenstein and his partners ignored this convention and raised a family of funds, fueling the firm’s global expansion, while building the infrastructure that allowed the company to scale and have the ballast of a big organization. This approach is now the industry model and has produced exponential growth. When Carlyle was founded, there were only about 250 PE firms, and now there are well over 6,000.

27% of U.S. adults have not read a book, in whole or in part, in the past 12 months (including print, electronic, and audio forms) —Pew Research Center, 2019

Rubenstein’s philanthropic journey began in earnest in his mid-fifties, when The Caryle Group had become very successful. At age 54 he made the Forbes 400 list, which trigged his realization that he was two-thirds of the way through his life and needed to start thinking what to do with his wealth. He says he didn’t want to buy yachts or more homes or other things he didn’t need. The other three alternative uses for his money were to: gift it to his children, give it away while he was still alive, or give it away after he was dead. He decided that it was time to begin thoughtfully making an impact with his money; he opted to give the money away during his lifetime and became one of the first 40 signers of “The Giving Pledge.” 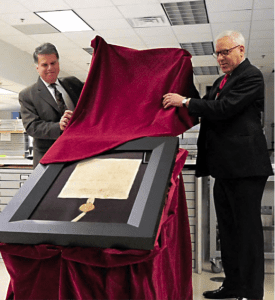 Although 90% of his giving goes to education, medical research, and social programs, his true passion is what he calls “patriotic philanthropy,” which includes the gifting of momentous documents to improve historical literacy.

His interest in gifting historical documents to the nation started when Rubenstein was offered the opportunity to buy Magna Carta. He discovered that many U.S. citizens don’t know that this document formed the basis for American liberties and rights. He noted that 74% of Americans cannot name the three branches of government. By purchasing Magna Carta along with other significant historical documents for public display, he’s hoping Americans viewing them may be inspired to learn more about their country’s history.

He also has provided funding for a range of national monuments and memorials, as well as the homes of America’s founders, including the Washington Monument, the Lincoln Memorial, the U.S. Marine Corps War Memorial, and Thomas Jefferson’s Monticello.

Continuing his love of literacy

These days, Rubenstein still reads about two books a week, and reading and literacy also are an important component of his philanthropy. He underwrites the National Book Festival, and sponsors a dinner to promote historical literacy and bipartisanship within Congress, a gathering that brings together lawmakers from both sides of the aisle and authors such as Doris Kearns Goodwin. His early years spent in the public library continue to have a profound impact on his life and now on the lives of others.

These fascinating reads offer valuable insights into making charitable giving meaningful for you and your loved ones.

NEWEST
Next in Charitable Giving

How the coronavirus changed the way we give

Your passion for giving is unique, and your strategy should reflect that. Talk to your team at Wells Fargo to get started. 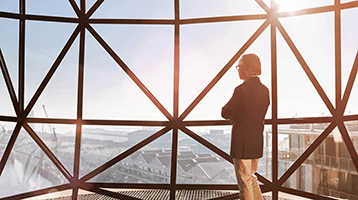 Learn about disruptive innovations that are moving markets, and how investors may respond.
Investments
Article 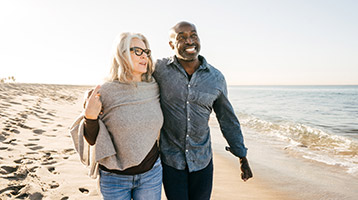 Electing to delay part of your earnings until retirement can have benefits as well as potential drawbacks. Here's what you need to know before you act.
Taxes
Article 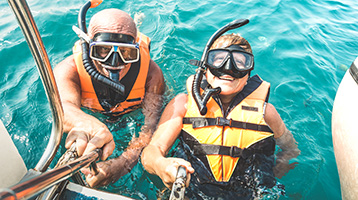 Americans are living longer, meaning there’s more time to do what you love in retirement. These strategies can help ensure your income supports your lifestyle.
Your Life
Article

Estate taxes on a closely held business under IRC 6166 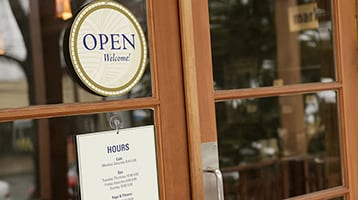 Taxes and your investment returns 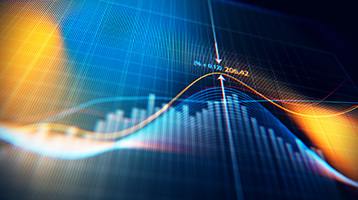 Considerations for helping to manage your portfolio’s tax exposure.
Investments

Wells Fargo & Company and its affiliates do not provide legal or tax advice. Please consult your legal and/or tax advisors to determine how this information may apply to your own situation. Whether any planned tax result is realized by you depends on the specific facts of your own situation at the time your tax return is filed.