Tax Implications of the 2020 Elections: Four Policies to Watch

The outcome of the 2020 elections could lead to changes that may impact your wealth plan. Here's what to watch for once the dust settles.

As the 2020 elections draw closer, it’s no surprise that potential policy changes that could impact the economy have drawn increasing attention. One component that investors are asking about now are possible tax changes that have planning implications.

It’s worth noting that ultimately, tax law changes take both time and negotiation and are dependent on the president and congress arriving at agreement. It’s also important to remember that a number of current rules sunset at the end of 2025 under current law and without any action needed by either the president or congress.  Lastly, given the stimulus efforts, it’s possible the tax increases are needed regardless of the “party in power.”

Directionally, though, there are generally two potential scenarios, says Michael D. Lum, a Senior Wealth Planning Strategist for Wells Fargo Private Bank. “Continue with the types of tax policies currently in place, including the sunset of many current rules, or possibly see changes that may have implications for wealth planning.”

Since we know the current rules, here, Lum shares the details of four specific tax-related policy proposals to watch.

The estate tax exemption, which in 2020 is at a historic high of $11.58 million per person, is one of those items scheduled to sunset and drop back to about half of that in 2025 regardless of who wins the election). This could potentially be reduced earlier depending on the administration and is one of the proposals in focus for families today

“Policies could be changed to reduce the exemption,” Lum says. “The result is that some of the estate planning tools, including certain types of trusts and powers appointment, would need to be created or revisited. This needs to be an ongoing process anyway, but in times of uncertainty, taking control of this aspect of a family’s wealth plan is even more important.”

2. A potential reduction in the gift tax exemption and potential elimination of annual exclusion gifts

“A reduction in the gift tax exemption to $1 million would not only significantly affect gift tax planning, but also likely curtail the ability to plan for asset protection,” Lum says.

Lum offers another consideration: “In a commonly used technique that provides liquidity to estates to cover estate taxes, people often use annual exclusion gifts to irrevocable life insurance trusts to help pay life insurance premiums. Instead, they might consider transferring income-producing assets to those trusts and using that income to pay the premiums.”

3. A repeal of step-up in basis

At the death of a person owning a capital asset, the step-up in basis policy eliminates built-in capital gains that accrue during life. This allows heirs to inherit property free of built-in gain and to take a basis in the inherited property equal to its fair market value at the time of the benefactor’s death. If this policy is repealed, heirs would take a carryover basis in inherited property and, upon sale, would have to pay capital gains taxes not only on the gain accruing during the time they owned the asset, but also on the gain accruing during the time the benefactor owned the asset.

“A large part of wealth planning centers on the ability to minimize capital gains taxes on assets—such as stocks and real estate—that can appreciate significantly between the time they were purchased and the time they are passed on to an heir,” Lum says. “A change in the policy could change estate planning for capital gains.”

Another potential policy affecting capital gains is a proposal to increase the tax rate applicable to long-term capital gains. “Long-term capital gains are taxed at a different rate than ordinary income,” Lum says. “A high-income earner might be in the 37% income tax bracket, but only pay 23.8% on capital gains. One proposed change would be to tax everything above $1 million at the highest rate, currently 37%. Investors considering making a sale that could be subject to this policy might want to consider doing so sooner rather than later. We are seeing an uptick in merger and acquisition activity amongst the entrepreneurial families we serve.”

At the moment, all of these policy changes are just talk, Lum points out. It’s possible nothing will change, at least not in the near term, regardless of who wins in November.

“That said, if these policies do come to pass, they could significantly impact a high-net-worth individual’s wealth plan,” Lum says. “We recommend meeting with your wealth planning strategist well ahead of the election to address these proposals. We can talk about your financial goals and perhaps adjust the timing of some of your wealth-planning decisions to help your wealth accomplish its job for you, your community, and your family.”

Learn more about potential impacts to policy and portfolios in Guide to 2020 Elections from Wells Fargo Investment Institute.

Here are some key considerations for investors during these uncertain times.

Taxes and your estate plan: How could trusts help?

Print Share
Most Popular
Colleen Marble is a freelance writer based in St. Louis, Mo.
Previous in Investments

Corporate giving: How one business owner is making an impact 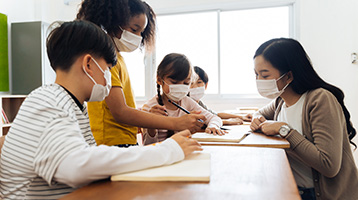 Anita Zucker of The InterTech Group shares her vision for making a difference.
Charitable Giving
Podcast 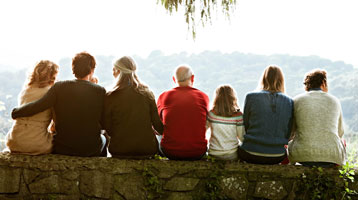 Discover ways families can work together to overcome what can be a difficult subject to discuss.
Wealth Transfer
Article 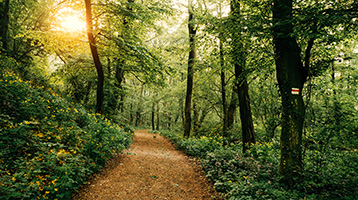 Could your portfolio use a re-think for 2021? A Wells Fargo Investment Institute strategist shares what to consider based on the upheaval of 2020.
Investments
Article 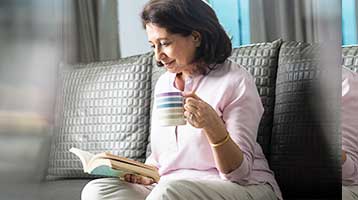 These fascinating reads offer valuable insights into making charitable giving meaningful for you and your loved ones.
Charitable Giving
Article

Learning from the past to inspire your future 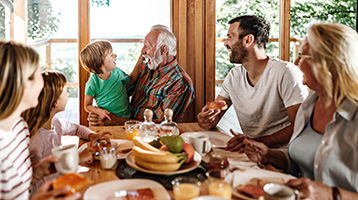 Knowing how your ancestors weathered difficult times can help foster resilience and provide life lessons that are timeless.
Family Dynamics

Wells Fargo & Company and its affiliates do not provide legal or tax advice. Please consult your legal and/or tax advisors to determine how this information may apply to your own situation. Whether any planned tax result is realized by you depends on the specific facts of your own situation at the time your tax return is filed.

Trust services available through banking and trust affiliates in addition to non-affiliated companies of Wells Fargo Advisors. Any estate plan should be reviewed by an attorney who specializes in estate planning and is licensed to practice law in your state.