The Tax Cuts and Jobs Act of 2017 could impact your retirement income in the years ahead. Here's what to know—and key actions to take now.

If you’re currently retired—or if you plan to stop working in the next few years—now’s a good time to determine how the Tax Cuts and Jobs Act of 2017 (“TCJA”) might affect your retirement income. While some changes may be beneficial, others may not be. And in some cases, it may depend on your approach.

“Wealth planning is very intricate,” says Ayham Bahnassi, Wealth Planner at Wells Fargo Private Bank. “A slight modification in one aspect of your wealth plan may have unintended consequences elsewhere. You have to look at everything.”

The four provisions outlined here could increase—or reduce—your after-tax income. Be sure to discuss them with your tax and wealth advisors.

Potential impact on retirement income: Taxpayers in the highest tax bracket should see a 2.6 percent tax savings right off the top on a portion of their income. In addition, some may find themselves slipping into a lower tax bracket, which could result in even more savings.

2. No more reversals of Roth IRA conversions
Before the enactment of TCJA, taxpayers could convert all or a portion of a traditional individual retirement account (IRA) to a Roth IRA but maintain the ability to reverse or “recharacterize” such conversion if such reversal was done before the due date of the income tax return with an extension. Sometimes a taxpayer may have wanted to reverse a Roth conversion because the conversion resulted in being placed at a higher income tax bracket than previously anticipated.

However, under the new law, those reversals can no longer happen if the Roth conversion occurred after 2017. Because of that, Bahnassi says taxpayers who want to do a Roth IRA conversion should wait until later in the year when they can better predict their tax liability and investment returns.

Potential impact on retirement income: Less flexibility could make it trickier to plan for retirement. Taxpayers and their advisors should closely consider the timing before undertaking a Roth conversion.

“The new tax law makes it more expensive for high earners to live in high-tax states,” Bahnassi says—meaning those taxes could take up a bigger chunk of your overall income. Some taxpayers, Bahnassi says, may relocate to a state with lower taxes to reduce their overall income tax liabilities.

Potential impact on retirement income: If you already are spending part of your year in a low-tax state, you may want to determine if it makes sense to shift your residency there to help lower your overall tax bill and increase your potential net retirement income.

With the 20 percent deduction, someone in the highest tax bracket could see their tax rate on REIT dividend income drop from 37 percent to 29.6 percent. Given that, Bahnassi says, investors may wish to consider holding their REIT investments in taxable accounts versus tax-deferred accounts to preserve this favorable tax treatment on REIT dividends.

Potential impact on retirement income: Investors may have an opportunity to increase their net income from REITs since they automatically qualify for the 20 percent QBI deduction. For some taxpayers, it may be more advantageous to hold such investments in a taxable account. Of course, investors should consult with their advisors to determine the appropriate mix of assets across their entire portfolio.

One final note: Most of these changes are set to expire in 2026, but Bahnassi warns that elections that shift power in Washington, D.C., could prompt changes before then.

“I recommend meeting with your advisors at least once a year,” he says. “Even if there aren’t changes in the tax law, there could be changes in your own personal circumstances that require re-assessing your tax-planning strategies.”

Under the Tax Cuts and Jobs Act, there are fewer deductions, so you may want to rethink your giving strategy. Consider these tax-advantaged ways of giving.

Visit our Tax Reform and You page to learn more about the impacts of the Tax Cuts and Jobs Act.

Print Share
Most Popular
Mark Tosczak is an experienced business writer and marketing consultant based in North Carolina. Image by iStock
Previous in Retirement

NEWEST
Next in Retirement 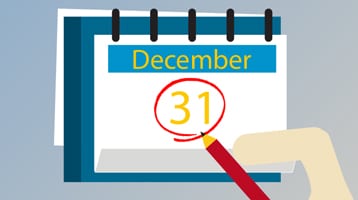 Five questions to ask your advisors following the passage of the Tax Cuts and Jobs Act.
Taxes
Article

Tax Reform and Your Estate Plan: How Trusts May Help 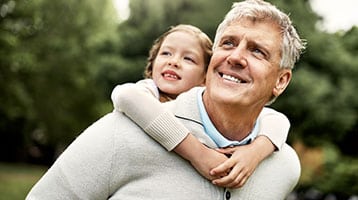 The Tax Cuts and Jobs Act more than doubled the estate tax exemption. What does that mean for your wealth transfer plans?
Taxes
Article

Tax Reform: 6 Considerations for Your Investments 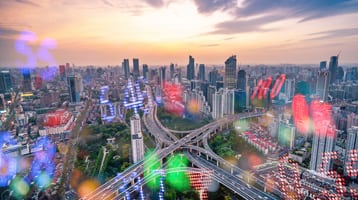 Six moves to consider based on the opportunities and headwinds created by the new law.
Taxes